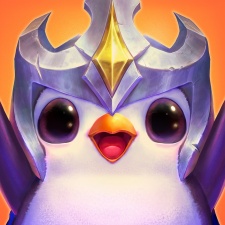 Riot Games' mobile version of Teamfight Tactics has been installed 4.5 million times, according to Sensor Tower.

However, 3.6 million of those downloads came within the first seven days of release – it was released on March 19th for both the App Store and Google Play.

Furthermore, it experienced more than three times as many installs as Dragonest's Auto Chess: Origin did in its first week. Moreover, it had five times as many downloads in that amount of time as Chess Rush by Tencent – Riot's parent organisation.

It is worth noting that in its first week on Steam – in early access – the auto chess title was downloaded 105,000 times. However, the game has since been installed over 80 million times.

Teamfight Tactics proved most popular in the US; the country accounted for 17 per cent off all installs. South Korea was second with a total of 13 per cent. However, in terms of user spending, the countries switch places.

In January, Riot Games explained how it "avoided backlash" when it came to announcing mobile titles. Last month, the American Firm donated $1.5 million to help those affected by the coronavirus in Los Angeles.