"Working with a partner who can close the loop is key" 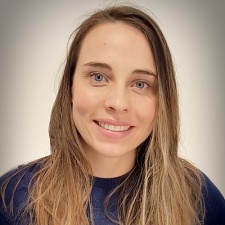 The best way to maximise revenue in mobile games is via a waterfall setup that ranks networks by their performance on key metrics, according to ironSource's Sandra Schneider.

The vice-president of strategic partnerships explained the monetization method as part of her talk on the 'Six Steps Your Competitors are Taking to Grow Their Games' at PocketGamer Connects Digital.

Several key elements were revealed including that developers should: automate as much as possible, create smart groups to best utilise the method, and create a semi-bidding environment with the non-bidding networks.

From here, it was recommended that it should be optimised based on eCPM (effective cost per mile) and impressions.

"Working with a partner who can close the loop is key," said Schneider.

The second part of the talk was focused on user acquisition, stating that data and segmenting are critical to making strong decisions.

Furthermore, cutting edge technology will help to set up developers for maximum automation.

We previously spoke to Schneider as part of our Jobs in games series where she explained how using ads can help to improve retention and monetisation.

PGC Digital: It's the"best time to launch" as a hypercasual, says IronSource director