PGC Digital: Why creators should use the Unreal Engine

"Amazing things are being made with UE4" 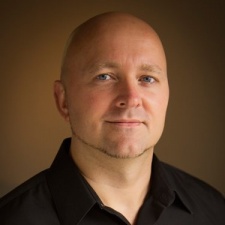 Developers are in a consonant need for tools to get the job done, and one such development programme is the Unreal Engine.

"Entire games can be made without a single line of code," said Noon.

The Unreal game engine has become more accessible to many creators since its inception, with Epic Games continuing to add more features – all tools utilised in Fortnite will come to the engine for creators to use.

"Amazing things are being made with UE4," said Noon.

The unreal ecosystem is made up of various categories – publishing, Epic Megagrants, Epic online services, the marketplace, Source Code and more.

In terms of the Epic Games Store, Noon went on to explain that the company believes the 70:30 split in revenue is not reasonable with developers. Instead, developers get 88 per cent of profits on the Epic's storefront.

Furthermore, Noon claimed that when it comes to its storefront "the strategy for us today is to focus on exclusives."

However, the American firm is on hand to offer advice to those that are interested in independent development. The Unreal Indie Portals contain essential information that will provide guidance, including who to speak to after a Kickstarter campaign and details on applying for Epic's grants.