The franchise has 50 million installs 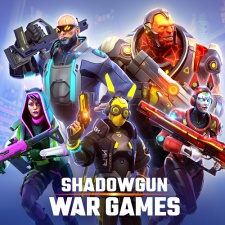 As reported by VentureBeat, the Shadowgun franchise has been installed over 50 million times. Shadowgun War Games was released for both iOS and Android devices in February.

"It has motivated us to do something really cool to fight against these guys," said Rabas.

"We are trying to make those super hardcore games on the mobile, and we have done it for 10 years. But we never had the power of Tencent or Activision to change the market. We are happy that games like Fortnite, PUBG, and Call of Duty: Mobile are on the market. They're educating the market for us."

Within two weeks of launch, the tactical shooter had been downloaded one million times.

The Czech developer first announced a beta for Shadowgun War Games back in September 2019. Half a million people had pre-registered for the game by December 2019.

When the game launched on February 13th, it had accumulated one million pre-registrations.

In October 2019, we caught up with Rabas to discuss why he was happy to compete with the likes of Call of Duty: Mobile.