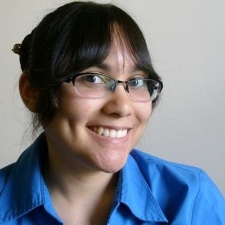 Rosario defined successful teams as "high performing and communicative teams", which she feels is important across larger groups working across large geographic spaces.

To start, she touched on the "PRICE" of distributed teams - Productivity, Responsiveness, Interaction, Communication, and Employees.

In terms of productivity, Rosario stated that as well as having a dedicated room and essential equipment and software, people need natural lighting to "help people manage their time" and stop them from overworking and burning out.

As for responsiveness, Rosario recommended setting core "office" hours for staff and putting aside time for intentional breaks to avoid burnout, as well as encouraging flexibility and allowing team members to take time out to deal with real-life problems so long as they signal how long they'll be away for.

For interaction, setting ups specific channels to talk about random, off-topic subjects such as dogs or new games, as well as establishing virtual happy hours and events where the team simply chat and play with filters and wearing silly outfits to blow off steam.

In terms of communication, Rosario suggested encouraging the team to make blockers important in Scrum updates, to avoid the team giving one-word responses when asked what problems they're having and feel they are able to share more about things that are causing them to get stuck.

And finally, for employees, Rosario recommended raising morale through recognition of good work, and encouraging the team to contribute while also publicly praising their efforts to key stakeholders, making them more visible and making them feel more like they own the work they're doing.