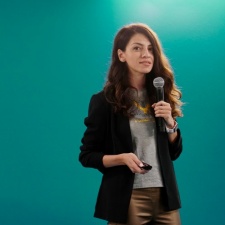 Her first tip was to use "strategic planning tools", such as SWOT analysis and PEST analysis, the latter being a tool for tracking larger economic concerns that may affect your game over time. She also recommended performing a competitive analysis to look at what other companies are doing.

Tzvetanova also suggested finding the right contacts from different organisation levels, including biz dev, founders, and more. And while it may seem simple, Tzvetanova pointed out that "the first rule in sales is to keep your inbox empty", which helps you prioritise what you need to do each day.

She also recommended making good use of social networks, especially Facebook for the wider world, Odnoklassniki for Russian-speaking countries, but also dating websites - Imperia, for example, has worked with Elmaz, Mamba, and Fotostrana.

Tzvetanova also suggested partnering with specific mobile apps and stores, including Samsung, Huawei, and Xiaomi, as well as lesser-known regional platforms such as iranApps and Naranya.