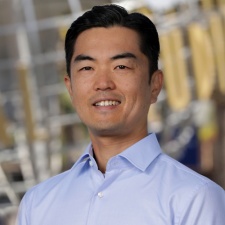 At Pocket Gamer Connects Digital #1, Tiazu CEO Joseph Kim gave a talk on Supercell's battle pass and why it was a success.

The developer has implemented battle passes in both Clash of Clans and Clash Royale, and while the former has seen revenues grow massively following its implementation, Clash Royale has continued to see revenues decline.

The battle pass was initially successful in Fortnite, largely because it focused on "fair-to-play" monetisation tied to cosmetics rather than progression, but the progression that it offered kept players engaged.

But Kim argued that while battle passes have become incredibly popular, developers need to avoid adding it in "willy-nilly" and need to pay attention to the nuance of implementation.

As for why it didn't take off for Clash Royale, Kim argued that "fundamentally, the depth of the economy in Clash Royale is very limited", and that the incentives aren't scalable enough, given the cap on cards and limited impact of new cards.

Meanwhile, Clash of Clans has greater depth in its upgrades, the caps on which are constantly rising, creating a "moving goal post" that continues to incentivise players to keep playing.

And, put simply, Clash of Clans has more worthwhile rewards - Kim called it a "no-brainer purchase" for most payers in the game.