As part of a panel on 'Learning from Mistakes – What Should we Have Done Before we Launched?' 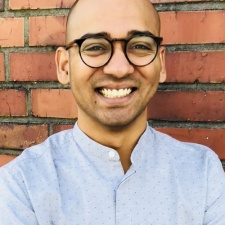 Featuring on a storefront or platform does not quantify the same high results it once did, according to former Disney and Zynga product manager Abhimanyu Kumar.

The comment was made as part of a panel on 'Learning from Mistakes – What Should we Have Done Before we Launched?' at PGC Digital. The group also consisted of Amazon Web Services commercial business lead Eric Morales, Payload Studio CEO Russ Clark and GameFounders co-founder Kadri Ugand.

Soft-launching was heavily discussed with all panellists agreeing that it's essential for most types of games, aside from hypercasual.

All panellists advised that focusing on "testing on real-people as early as possible", "making sure the game is fun" and "thinking about live-ops at the earliest stage in the product's lifecycle" are the best steps to take for a successful launch.

"Try to think as far ahead as you can about technical issues and hurdles," said Amazon Web Services commercial business lead Eric Morales.

An example was given regarding the launch Ubisoft's For Honor in 2017, where players were "rage quitting" and effecting the PvP server model and player experience. Quickly from this, the developer had to pivot to a dedicated multiplayer server to solve the issue.

Kumar previously spoke to us about how to predict mobile game launch week installs.