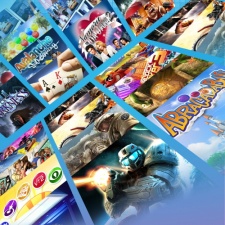 Gameloft is celebrating its 20th anniversary with the release of a free collection of games from its back-catalogue called Gameloft Classics.

Available on Android, Gameloft Classics bundles together 30 of the developer's games, including several that were only available on Java platforms and are now on smartphones for the first time.

"Twenty years is quite the accomplishment, so much so that it gives us pause to reflect," said Gameloft chief finance officer Alexandre de Rochefort on the company's 20th anniversary.

"This is a moment of celebration for us, a moment to look back and see how the industry has changed and evolved, to remember the beginning of simpler games for simpler phones and to appreciate the future of powerful platforms and new technology our developers can push to the limit. I'm proud to say we were there at the beginning and that we helped shape what this industry is today."

Gameloft most recently revealed that its latest entry in the Asphalt series had secured over four million downloads on Switch. We also spoke to Dragon Mania Legends game manager Botond Szalacsi about how the game has continued to operate over the last five years.