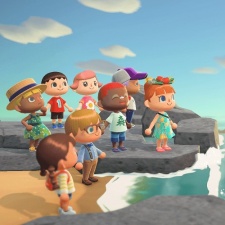 Animal Crossing: New Horizons has sold more digital units in a single month than any other console game in history, according to SuperData.

The island life simulator has sold five million units since it launched on Nintendo Switch on March 20th, 2020. This number means it has surpassed the previous record-holder, Call of Duty: Modern Warfare for the most amount of digital sales in one month by around 250,000 units.

Data published by the NPD Group earlier this week stated that Animal Crossing: New Horizons achieved the third-highest US launch game of any Nintendo published title in its history, confirming the games' success.

New Horizons was the only Switch exclusive title to break into the top 10 for digital sales in March, though multiplatform titles Doom Eternal, FIFA 20, NBA 2K20 and Fortnite all made the list.

It is of course worth noting that SuperData sales figures are estimates, and not based on official figures. We will most likely see official sales figures from Nintendo as part of its next financials release in May 2020, though it is unlikely we will see New Horizon's sales figures broken down into physical and digital copies.

As a result of New Horizon's popularity, Animal Crossing: Pocket Camp downloads have risen by nearly 800 per cent since the Switch game's launch.

SuperData also found that mobile games revenue was up 15 per cent year-over-year to $5.7 billion during March.

The Nintendo Switch closes in on 70 million sales worldwide