12.3 million concurrents on the first day, the largest number of concurrent users in the game's history 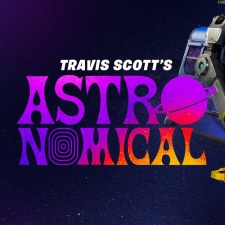 Overall, the concert was enjoyed 45.8 million times, meaning several millions of players logged back in to see the event multiple times during its five-day run.

The event, dubbed Astronomical, saw players logging in to witness a gigantic Scott performing tracks in game as the world evolved around him.

Players found themselves transported to different worlds, with underwater sections, neon-lit adventures up endless staircases, and more. Clips of the event are already making their way around social media - you can check out some of the concert below.

Highest in the room

Scott will be performing four more times in-game over the next two days, providing players in different time zones the opportunity to experience the event for themselves.

Epic Games recently launched Fortnite on Google Play after years of refusing to do so, instead making the game available as an APK on its own website.