Set to launch later this year 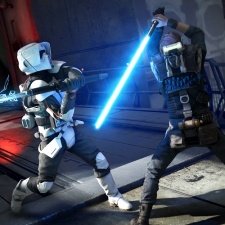 The news was revealed via the latest Stadia Connects stream, where it was revealed that three titles would arrive on the cloud streaming device later this year. Additionally, plans were announced to bring further EA titles to Stadia in 2021.

Alongside this, former Nintendo Switch exclusive Octopath Traveler was confirmed to be headed to Stadia as well as PlayerUnknown's Battlegrounds (PUBG), Zombie Army 4: Dead War and Doom Eternal.

"In partnering with Google Stadia, we have an opportunity to deliver some creative and innovative game experiences on an exciting new platform."

Couch co-op party game Get Packed was shadow dropped during the Connects stream and to celebrate we spoke to Moonshine Studios co-founder and 3D artist Callum Taylor regarding its development and why the firm decided to launch on Stadia first.

Meanwhile, EA recently announced that it would be giving up to $2 million in support of efforts to manage the COVID-19 coronavirus pandemic.