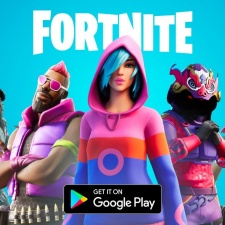 Update: Epic Games has confirmed that Fortnite's Party Royale mode is "now live and accessible to all".

Original Story: Epic Games has begun implementing a new Party Royale mode in Fortnite where players can relax and interact in the world without weapons and combat.

As reported by PC Gamer, information about the new "experimental and evolving space" began to circulate online via a number of content creators who received emails detailing the new experience.

Moreso, the emails mention that Epic will run a number of in-game tests tomorrow, with many assuming a full roll out will follow shortly.

Outside of its core gameplay, Fortnite has found major success through its in-game live events where weapons are removed altogether. Most recently, the game's Astronomical event saw 27.7 million unique players participate.

"Welcome to the Party!", reads the leaked email.

"Leave your weapons and mats behind and hang out with friends, play games, perfect your skydive and more. The party's just getting started!"

It's been reported that the Party Royale mode is now live, however it's unclear in what form exactly. Videos circulating online suggest that certain content creators only have access at the minute, while an official go-live time of 9 pm EST/6 pm PST on May 1st, 2020 has also been suggested.

PocketGamer.biz has reached out to Epic Games for more clarity.

Did anyone else get these emails? Looks like they are doing something about snipers and aim assist.. lmk if you got this because I just got it pic.twitter.com/xqOc0dliTK

Earlier this week, Epic announced a $2 million Fortnite Champion Series Invitational that will take place on May 9th, 2020.

Before this, the company begrudgingly made the battle royale giant available on Google Play after 18 months of operating outside of the platform.