Kwalee is opening its vacancies to remote workers

COVID-19 has taught some lessons 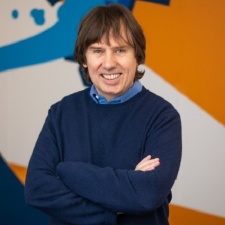 Before the COVID-19 pandemic, the Leamington Spa-based company had never considered staff members working from home. However, due to lessons learned during the outbreak, Kwalee is open to remote workers.

"The COVID-19 pandemic challenged many fundamental aspects of how we work since we're a creative company and communicative collaboration is key," said Kwalee CEO David Darling.

"Despite this, we've adapted so well - culminating in the successful launch of Bake It while all working from home - that we now see potential to take these lessons forward and embrace remote working in the longer term."

With an employee count of 75, the British firm wants to expand with 14 new positions, all of which are open to both on-site and remote workers. These open positions include hypercasual game designer, game programmer, server programmer, publishing manager, and publishing executive.

"We've built an incredible team and attracted amazing people from all over the world, but it's always frustrating when we identify someone who would be a perfect addition to our team but is unable to relocate," said Kwalee talent acquisition manager Veronica Minano.

"It's hard to find positives in this pandemic, but for us, one is that the temporary change in where we're all working has been the learning we needed to show us that we can indeed work with this larger talent pool, and that remote work is possible for us.

"It's really exciting that we've now found a way to welcome more people to our team, while maintaining everything we've built in Leamington Spa."

In March, we caught up with Darling to discuss fighting toxic behaviour in the workplace. We also spoke to Minano about why awareness should start at schools.

Beyond the office: What remote work can teach us about the strength of our culture