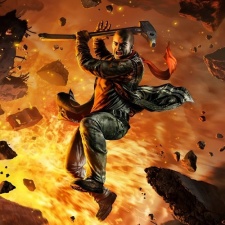 Embracer Group subsidiaries THQ Nordic and Koch Media have traded a number of IP in a new deal.

Compared to a trade you would find in Pokemon (according to the developers), THQ Nordic has acquired the rights to Sacred, Risen, Rush for Berlin, Second Sight and Singles: Flirt Up Your Life, while Koch Media has gained hold of Painkiller and Red Faction.

The agreement covers the entire franchise of these particular properties. It also means a number of IP are under the same company as its original developers, such as Red Faction (Volition) and Risen (Deep Silver), which are all owned by the Embracer Group.

"Evaluations on remasters, ports, potential sequels and new content etc. will start right away," said THQ via a press release.

"We have something in mind already."