Part of IGN's Summer of Gaming 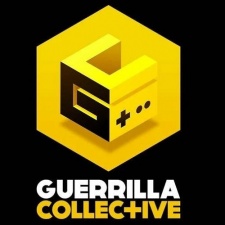 The Media Indie Exchange has unveiled Guerrilla Collective, a three-day digital indie games event due to take place from June 6th to 8th, 2020.

As part of IGN's Summer of Gaming, the event will focus on a number of independent developers and publishers, including the likes of Thunderful, ZA/UM, Funcom, Rebellion, and more.

Kicking off on June 6th, the group has partnered with influencers Kinda Funny for a game showcase, which will be hosted by co-founder Greg Miller. New game announcements have been promised for "every platform".

Following this, there will be an online press event on June 7th before a day of demos and developer interviews to see out the event on June 8th.

Miller previously spoke with us about how the idea came about for the Kinda Funny Games Showcase, following Sony's departure from E3 in 2019.

The full list of announced developers due to take part are as below:

Next up, we have our PocketGamer.biz live RoundTable series that kicks off today with a focus on remote working.