Headed up by Henry Lee and Steven Ferreira 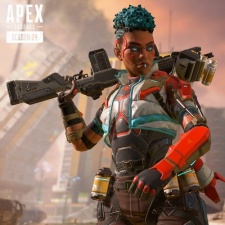 As reported by GamesIndustry.biz, the studio said that this brand new outfit will be focused on the wildly-popular free-to-play battle royale title Apex Legends, which launched in February 2019. The new location will be headed up by operations boss Henry Lee, while Steven Ferreira is taking on the role of team director.

Apex Legends was previously announced to be making its way to mobile. Though no official date has been revealed, EA did confirm that it is looking to soft-launch two new titles before the end of the 2020 fiscal year.

"When you look at Vancouver, it's one of EA's biggest studio locations," said Lee.

"And Vancouver is full of talented people in the games industry, so there was a natural fit with Steven coming on board with his core team and really establishing that foundation. Now we're just adding the missing pieces to it.

"This is a great opportunity, not just for the Vancouver studio to bring some new creative challenges to people already there, but also to the local industry in terms of being part of the Apex Legends roadmap. So we're very excited about bringing this to Vancouver and hopefully greater Canada as well, because we can tap into much more of a talent base broadly."