The hardware was released a year ago 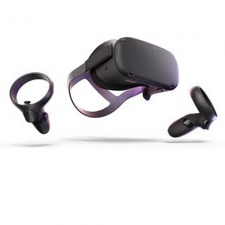 More than $100 million has been spent on content for the Oculus Quest since its launch last year.

As revealed in a blog update, the hardware has hit the milestone just days before its first anniversary. 20 Quest games have hit the $1 million revenue mark.

Furthermore, 10 titles have surpassed $2 million in revenue, and this includes Moss and Pistol Whip. Due to the ongoing pandemic, there has been an increase in demand for the hardware. Oculus has claimed it is working to make more units available. The virtual reality firm drove Facebook's non-ad revenue up by 80 per cent last quarter, with CEO Mark Zuckerberg claiming the Quest had "surpassed our expectations."

"A massive thank you to all the developers who have made Quest the success it is today—and to everyone using VR to stay connected and entertained during these difficult times," said Oculus.

"We also know many of you have been trying to get your hands on a new headset. Please know that we're working hard to make more available so we can welcome more people into the Oculus community."

Speaking to GamesIndustry.biz, Ndreams CEO Patrick O'Luanaigh claimed that the Oculus Quest is a good device for demonstrating what VR can do, without a mass of wires getting in the way.

"For me, the Quest is the second generation of VR. Forget all the wires, forget all the complexity; you just charge it up, stick it on, and it's great. It does six degrees of movement, proper hand-tracking. And that, in two or three years time, will look really old-fashioned as well."