Club alleges that Sports Interactive and Sega have infringed its trademark 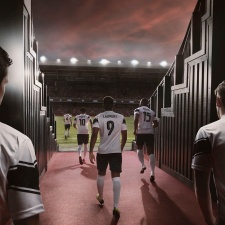 As reported by The Guardian, the organisation alleges that they are infringing its trademark in using the club's name within Football Manager, alongside not using Manchester United's official club crest. Said logo is in fact generated from a generic template and clearly says that it is not licensed from the club.

Manchester United has attempted to amend its lawsuit to also include allegations that player-made mods also mean that Sports Interactive and Sega are benefitting from its trademark. Mr Justice Morgan has reserved his judgement on this amendment until a later date.

"The claimant has acquiesced in the use by the defendants of the name of the Manchester United football team in the Football Manager game and cannot now complain of such use," said Sports Interactive and Sega in a joint statement.

Sega's profits recently rocketed by an impressive 421.3 per cent year-over-year with its video games sector rising by 50.9 per cent too.