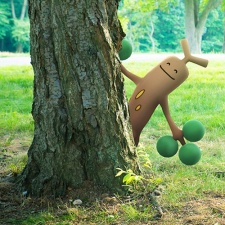 Niantic has begun rolling out a new "Reality Blending" feature in Pokemon GO.

The augmented reality functionality will see Pokemon act more realistically within the world around you by being able to move behind objects, either partially or completely. Pokemon will then peek out from behind objects to help create a further sense of realism.

Furthermore, Niantic is working on a dynamic 3D map for all existing PokeStops and Gyms across the globe. The San Francisco-based studio is asking players to help with the development of the project by opting-in for a new PokeStop scan feature.

Originally rolled out in Niantic's first release, Ingress, the feature will let users upload videos of PokeStops in real-life to help map Pokemon Go's in-game map and improve the overall AR experience. Players will be asked to record a video of the locations from as many angles as possible for up to 10 seconds maximum per video.

Trainers level 40 will first gain access to PokeStop scanning in early June before rolling out to more players by descending level.

Pokemon GO revenue evolved by 18 per cent to $111 million in March 2020 after Niantic began implementing stay at home measures into the game.

HURRY AND ACT NOW! LAST CHANCE to save more than $580 on the price of tickets to Pocket Gamer Connects Digital #6