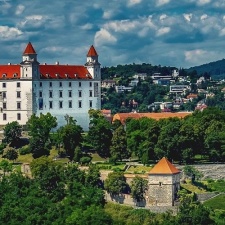 According to the Slovak Game Developers Association (SGDA), the European country had a turnover of €51.1 million ($56.2 million) in 2019, while also employing 762 professionals in the sector. This is predicted to grow to 900 employees by the year's end.

The report features the top 10 companies based on headcount, with free-to-play developer Pixel Federation claiming the top spot. Superscale and Inlogic Software both follow in second and third respectively.

When it comes to target platforms, PC makes up the majority of games being developed at 73 per cent. However, Android placed second at 60 per cent before iOS rounded out the top three at 40 per cent.

Nintendo Switch still lags a bit behind compared to its console competitors at sixth spot, with a 20 per cent target platform.

You can find out more about the next PGC Digital event by heading here.