Exclusive to iOS for four weeks 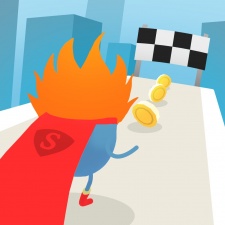 For the first four weeks of release, the game will be exclusive to the iOS App Store. Android users will get access after the first month. Superheroes has been launched in an attempt to keep people entertained as they face lockdown amidst the coronavirus outbreak.

As a way of celebrating its new game, Dumb Ways to Die will hold a competition with five winners receiving a merchandise pack worth $150. The franchise has proven popular as it has amassed a total of 375 million title downloads, up from 360 million in March.

Dumb Ways to Die was originally launched as an Australian public announcement campaign to teach railway safety. However, the brand took a chance on the games industry in 2013 with the release of its first game.

I need a hero

"While people continue to love and play our games, we will keep developing new games and content," said Dumb Ways to Die CEO Leah Waymark.

"Superheroes is the seventh title and builds on the success of Dumb Ways to Draw, giving our fans an exciting new experience in the Dumb Ways to Die world. We all know there are consequences to risk taking actions, so this and all games in the Dumb suite, deliver an important safety message while having fun at the same time.”