PGC Digital: The state of the mobile games industry in 2020

"The mobile economy is doing some positive things" 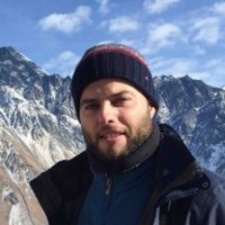 In January, the world was hit with the coronavirus outbreak, as the weeks and months went on the disease made its way to an overwhelming number of countries. As a result, the state of mobile gaming in 2020 may be different from what we believed it would be at the start of the year.

AppsFlyer head of sales for EMEA Alexander Grach offered further insight into The State of Mobile Gaming in 2020 during his talk on the subject matter at Pocket Gamer Connects Digital #2.

Due to COVID-19, many people around the world have been forced to stay at home as lockdown measures were put in place. Grach has claimed that there are two phases to the lockdowns being implemented.

Phase one was at the start of lockdown as people first began to stay at home. As a result, Grach claimed that the data firm "Saw a significant increase in sofa-time." The second phase came into play as the weeks and months passed by due to an increasing number of citizens losing their jobs and thus having more of a financial struggle.

During phase one, between February 26th and April 6th, the number of app installs increased by 37 per cent. However, period two, from April 7th-to-May 18th, all games categories on mobile saw a decrease of 12 per cent in downloads.

However, Grach has claimed that "The mobile economy is doing some positive things."

Looking at Casual games, in particular, the genre scaled with non-organic installs. The Casual space is performing well in the Middle East, more specifically Egypt and Saudi Arabia. However, Mexico, Norway and France have proven to be popular countries for the genre too.

Meanwhile, Hypercasual has seen significant growth in the US as well as continuing to perform well in Russia. On the flip side, Hypercasual and Hardcore titles have got an uninstall rate of 65 per cent within 30 days of being downloaded. A high number that could cause some impact as time goes on.

The Middle East has continued to be a big supporter of the Midcore genre, but there are notable numbers in Spain and Australia. Meanwhile, Hardcore is going strong in the middle east, China and Brazil. Revenue generated through hardcore gaming has not been impacted too much, unlike other genres. Likely due to hardcore gamers being dedicated at all times to their games.

However, Grach believes this could go downhill as a recession will hit the industry.

"App install fraud currently is not a major threat in most games," said Grach

The casual and midcore genres see very little fraud, while Hardcore and social casino as seeing a few cases, but it is not a "major trend." On the flip side, in-app fraud has certainly seen an increase in numbers, particularly in the hardcore genre.

Tamar Polak on the shift from user-level to aggregated data