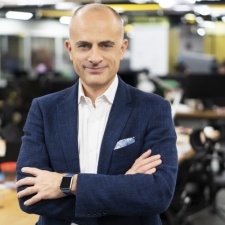 As part of Pocket Gamer Connects Digital #2, Netmarble EMEA chairman Baris Ozistek gave a talk looking at the evolution of hypercasual into what he calls "hypercasual 2.0".

Ozistek started by looking at what gives hypercasual its mass appeal, noting they are "simple, very easy to download", and have a very focused single gameplay mechanic.

It is also a genre that is seeing a huge amount of growth, with 20% of the 101 million new gamers in 2019 added to the ecosystem coming in from hypercasual games, thanks to incredibly quick onboarding, and the ability for people to play them while multitasking.

But as these players get used to games, they are expecting deeper experiences and more content, leading to Netmarble's plan to evolve into hypercasual 2.0.

"We are known as the masters of RPG," Ozistek pointed out, with games like Lineage II Revolution and Seven Knights under its belt. And because of this, Netmarble plans to adapt its experience in RPG into creating deeper hypercasual titles, essentially creating more accessible games in a genre that is typically only played by core gamers.

So what does this look like? According to Ozistek, hypercasual 2.0 will feature easy gameplay with a mild meta, "mediocre" retention compared to higher retention in its RPGs, a "medium" LTV, and a wider range of monetisation than simply running ads.

On the monetisation front, Netmarble is aiming to earn 60% of its revenue from in-app ads, 30% from IAPs, and 10% from subscriptions. It is also aiming to soft launch these games in two months, with a full launch within four months if it gains traction.

To make all this happy, Netmarble is looking to work with indie developers, with Ozistek saying that "some developers want to develop games with deeper content, a bit better quality and variety of monetisation features", and the publisher wants to join forces with these studios to make it's hypercasual 2.0 vision come to life.