Q3 will see an increase in use of all game types 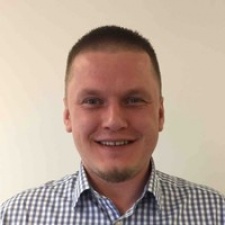 2020 has proven to be a strange year for the games industry given the ongoing coronavirus pandemic. Unity Technologies head of managed accounts EMEA Slava Taraskin had some bold predictions for H2 2020 in his talk at Pocket Gamer Connects Digital #2.

"This year has been pretty rough, and we have seen some unpredicted things happen," said Taraskin.

As of March 2020, the usage of devices has increased, more specifically, the most popular tech being used is smartphones, with 70 per cent of the world using them. It has proved most-popular among China's population at 86 per cent, followed by Italy at 72 per cent.

Laptops are the second most popular form of hardware at the moment. However, there is a 30 per cent difference in users as laptops have a worldwide total of 40 per cent. The platform is used the most in Italy and Spain at 47 per cent.

"The amount of downloads everywhere went through the roof," said Taraskin.

Between January and May, there were 1.2 billion weekly downloads around the world. Midcore and Hardcore games experienced significant growth with an increase in downloads of 35 per cent.

Hardcore saw a huge spike in April, and this was mostly due to the enforced lockdowns globally. People turned to both Midcore and Hardcore titles as they had more time to dedicate to playing games. As a result, Hypercasual games slowly began to decline due to people having more time to invest in other titles. However, it is on the rise again as lockdown is lifted in various countries.

In Q1 2020, the Action category proved to be the most popular genre as it includes games such as PUBG Mobile. Furthermore, Casual games experienced the greatest download growth.

First of all, Taraskin believes that Q3 will still see an increased use across all game types due to kids not returning to school until September - not necessarily due to just lockdown, but instead that the school holidays are coming up.

People may have less time to play hardcore games. However, it has gained more players in recent months which could mean it will maintain a higher player base than what it had before COVID-19 hit. Meanwhile, others – with less time to dedicate – may return to Hypercasual or casual games to get a quick fix.

On top of this, Taraskin claimed that multiplayer games would continue to be a popular choice as they allow people to stay connected – the "Casual era is back."

Over the past year, ads have become more prevalent in Hardcore games, over 60 per cent of players either like them or think they are okay. As such, more games will likely utilise ads as the year goes on.

"The second half of the year will be hot in terms of games, and money for publishers," said Taraksin

Due to the coronavirus, many games have been delayed in the first half of the year - for example, The Outer Worlds' Nintendo Switch release was pushed back from March 6th to June 5th. As a result, more games will be released in H2.