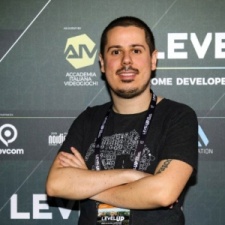 Motivation comes in many forms and can be utilised in the games industry to aid with monetisation, mainly through ads.

"Motivation has lots of meanings and lots of ways of being translated," said Ricchiuti.

Self-actualisation, esteem, love and belonging, safety and physiology are all forms of motivation.

There are two primary types of motivation, the first of which is intrinsic, which involves enjoyment, purpose, growth, curiosity, passion. Fundamentally, a player is motivated through a love of the game, with a goal to achieve, they seek to grow and enjoy what they do. It is suitable for creativity and mastery and being self-sustained.

However, the need for passion can have a negative effect, for once that is lost, so is the motivation - and being intrinsic requires constant feedback to feel validated.

The next type is extrinsic, and it's more reward-based. Those who utilise extrinsic motivation seek things such as pay rises, benefits, promotions; you are motivated by a material item or prize. The latter applies to those who play games with this mentality. It is good for compliance, routine, incentivisation, and great for working solo and not being dependent on others.

However, with all the pros and cons, both forms of motivation are useful, "one is not better than the other, they are different." Ricchiuti also pointed out that they are not mutually exclusive. However, one is usually more dominant.

Ads are relevant here as they are treated as a form of motivation; it offers an extrinsic reward for watching. It's common to be offered an in-game item as a reward after completing a run in-game.

There has been a redesign in which the double coin ad occurs at the start of the game with only a 33 per cent chance of appearing. Upon watching the ads, all in-game currency is doubled for that run. Casual users were more appreciative of the change than those that are highly competitive. It worked because the app utilised both forms of motivation.

However, there is a sunk cost fallacy due to platers having spent 30 seconds watching an ad. The user now needs their next run to be good in order for the investment to pay off. As a result, players may perform better, to make the most out of losing 30 seconds of their life to an ad.

An example of an intrinsically focused ad is when a user views it to help donate to a cause such as animal welfare charities.

“Security is a challenging skillset, and scarce”: Steeve Huin of Denuvo talks mobile and metaverse hacking