Define your purpose and have at least two currencies 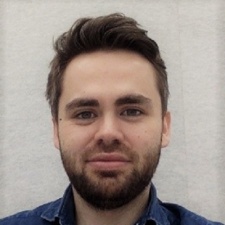 At Pocket Gamer Connects Digital #2, GamesConsulting-net consultant Nick Murray gave a talk on building game economies, with a particular focus on the currency systems in place.

"The quality of an economy is basically defined by its purpose," noted Murray, adding that economies should either be focused on keeping players happy and retaining them, or be focused on getting "as much money" from players as possible.

Providing examples, Murray pointed to Idle Miner Tycoon as a game focused on retention with its generous free offerings and only limited difficulty spikes. On the other side of the spectrum, The Elder Scrolls: Blades early access version, which made the game quite grind-focused, was an example of a monetisation-focused economy.

Toss a coin to your player

Murray then suggested that each game requires at least two currencies. Soft currencies can sometimes be affected by inflation, and so hard currencies should be kept as a rare resource to protect their value.

New players to a genre can also sometimes find themselves at a disadvantage in a single-currency economy, and developers should consider providing different currencies for each system, such as "sword coins" and "shield coins" to help direct players in how they spend.

But if you have these different currencies, you need to consider the exchange rate between each currency and how it reflects in real-world currency, again to aid in keeping the game and the economy balanced.

Finally on currencies, Murray noted that it should be kept clear to players what the best method of obtaining hard currency is, and that the top of that "hard currency gain hierarchy" should always be through in-app purchases.