Reoccuring versus Unique versus Uppercase 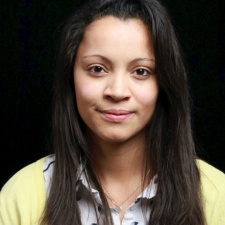 The details of this were discussed in length by King associate business performance manager Zoe Williams talk at PGC Digital #2 on 'From Live Ops to Live Ops''.

Williams oversees the Farm Heroes Saga series and shared how the studio utilises Reocurring, Unique and Uppercase live ops. Reocurring is put down to in-game content that is described as "business as usual" or used to "fill the gaps" but can still help with testing what drives players.

An example of a Unique live op is an event that is going on simultaneously around the world or is used as a one-off, while Uppercase is a separate event such as story-driven content. For A/B testing King utilises its own in-house tool to segment players, where one portion can see the narrative and the other cannot.

During the presentation, it was confirmed that King achieved 273 million monthly active users for the first quarter of 2020. Additionally, the studio has developed more than 200 titles since forming in 2003.

"What is the value to the player of providing new level designs versus new visual skins?" asked Williams.

This is one of several questions the studio may ask after running a "full capitalisation" live ops to help with further testing. Overall though, Williams confirmed that at this stage "data is king" and will help dictate how to progress.

In response to a question regarding Covid-19, Williams confirmed that the company has seen an increased number of people "playing our games and engaging more".

As a result, King previously offered all players in the UK unlimited lives across a variety of their mobile games series to help distract from the ongoing pandemic.