"Our absolute focus is on building new and original IP" 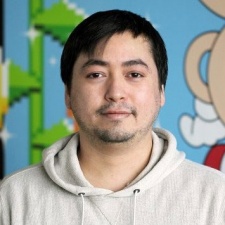 As one of the biggest games companies in the world across both development and publishing, as such, it is on the lookout for new opportunities and new partners to create the next big hit in the games industry.

Sega Europe head of content Bobby Wertheim took to the stage at Pocket Gamer Connects Digital #2 to ask the question, are you Sega's next big hit?

"Our absolute focus is on building new and original IP. We are looking to create real, meaningful long term partnerships," said Wertheim

Sega wants to build relationships with studios, and upon finding success together, the Japanese firm may acquire the developer further down the line.

Sega operates a pillar system with its studios. It does not take the IP from developers. However, it does provide support and network services.

"A pillar is a studio that is wholly owned by Sega, but they work independently," said Wertheim.

Those who are owned by Sega maintain their independence and are in charge of how they work, as they create their own long term strategies. Essentially they continue to act as an independent studio despite being owned by Sega. Each developer has its own culture that works for the team.

"Our end game is to create pillars and to have strong relationships," said Wertheim

The company offers time to potential partners. Furthermore, it has a strong infrastructure such as research, recruitment, marketing and more. To top it off, the company comes together as one like "a well-oiled machine."

On top of this, Sega has certain expertise on offer as it has a wealth of experience with a network of studios that have relevant experience to offer potential partners. However, Wertheim claimed that "we don't start to take over the creative," rather it wants to support the studio it works with. Finally, the company offers financing to fund the project for the long term.

When it comes to services, Sega offers much of the same as any other publisher - brand management, community management, web services, first-party relationships, PR and market research. On top of this, it has corporate services of HR and finance.

"What sets us apart is that we really do treat our partners as an internal studio," said Wertheim.

Got what it takes?

"We are looking for a talented team with a great vision and the credibility to deliver on it," said Wertheim

If the studio shares the same philosophy and approach as Sega, it will help to create a strong bond; it will further cement a great partnership that could result in an acquisition upon finding success together.

Currently, the Japanese firm has a focus on PC and console. It is not so concerned with VR and mobile titles for the time being. However, it does still have its eyes on those respective markets. Finally, if your game caters to the strengths of Sega, a new relationship with the firm could be on the cards.