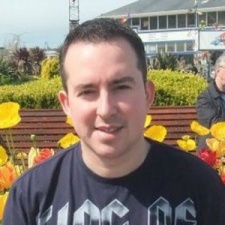 With a focus on virtual reality, Cooperative Innovations helps to educate and empower creators and consumers to enjoy the VR experience.

In 2012, Spaceteam was released on mobile devices. It gained eight million downloads. In October 2016 Cooperative Innovations got the VR license for the game, the following year a prototype was created. Last year the VR version entered full production before being released last month.

Unfortunately, COVID-19 has had an impact on the launch plans due to cancellations such as GDC, EGX Rezzed, London Games Festival and Insomnia66.

However, the firm has bounced back as it took a more digital focus for production and to create a new trailer. It also launched its Discord channel for pre and post-release information.

The game launched less than a month ago on May 21st. Down the line, the company hopes to get more games journalists and influencers into the game, thus helping to promote it further.

As with most companies in the industry, Cooperative Innovations faced disruption thanks to the coronavirus outbreak. It turned to remote working at the start of March, but it ensured that the team had all the necessary kit at home to work productively.

However, as with many that were not used to remote working, productivity was reduced for the first few weeks, and the external quality assurance team was impacted which did lead to some bugs appearing in the game post-launch.

"A lot of people mentioned that they enjoyed the social VR angle," said Barratt.

The spectator camera mode was well received, and streamers that have experienced the game have had a positive response to it. Furthermore, both old and new players enjoyed the title, and could all take on the experience with players from other platforms.

On the whole, the difficulty of the game was well-received. However, there were reports of the challenge proving too great around the 12th level. One positive result was that people enjoyed playing and hanging out with friends, further proof that social VR does have a future.

The initial reviews were for four and five stars, but this did change as the player base began to drop off 10 days after launch, then the one-star ratings started to roll in.

A locked-in build on the Oculus quest resulted in a launch that used an older Steam version of the game. It harmed platform reviews until the patch was released, to top it off, the Oculus version was released with bugs. However, those were dealt with swiftly.

During launch week, the android Oculus app had troubles displaying the game, which undoubtedly hurt the first impressions of potential players.

With both positive and negative results from the game so far, the company has got plans to build upon the success it has seen.

To begin with, it will attend more showcases - it will appear at UploadVR next week. Furthermore, it will add more updates which will include new controls, localisation and quest hand tracking.

There could be an opportunity to bring SpaceteamVR to the PSVR further down the line. To attract more players, the company is open to discounting the game as well as offering free weekends to give potential customers the chance to try it out.