Report: Epic Games is valued at $17 billion in new funding round 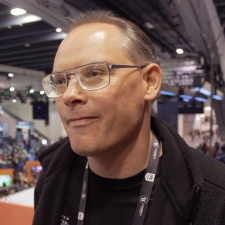 Fortnite firm Epic Games has reportedly been valued at $17 billion in a new round of funding.

That's according to Bloomberg, which reports that the studio is trying to raise $750 million in this investment lap, with companies T Rowe, KKR and Baillie Gifford apparently interested in putting their cash behind the games giant.

This follows a report in April of this year that Epic was valued at over $15 billion in its effort to raise between $500 million and $1 billion. In 2019, the company was worth $15 billion when CEO Tim Sweeney (pictured) made his debut in the Bloomberg Billionaire Index.

KKR took part in a 2018 funding round that saw a number of companies buying $1.25 billion in the Fortnite maker.

Since its debut in 2017, Fortnite has attracted more than 350 million players and become one of the most influential games on the market.