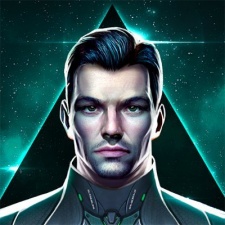 After the universe barely survives an inter-dimensional invasion that devastates vast swaths of the galaxy, players must assist the United Nations of Earth in rebuilding galactic civilisation. Users control their own space station and can go on to discover new mysteries in the depths of the universe.

The free-to-play sci-fi title takes heavy inspiration from its grand strategy PC counterpart, which launched in 2016. Subsequently, the game made its way to console in 2019.

Galaxy Command has had a troubled run in beta phase, originally being pulled from soft launch in less than 24 hours after it was found that the game included stolen artwork from Halo 4.

In response, the studio wrote a blog post addressing the use of the assets, stating: "We are immediately removing this content from the game and we are deeply sorry to our fans and to the affected creators."

Stellaris: Galaxy Command is available to download on both iOS and Android globally.

There are still dozens of games in soft launch, including Crash Bandicoot Mobile, Angry Birds Legends and Hay Day Pop. Check out our full list here.