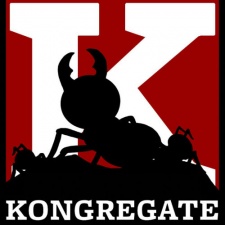 Update: It also seems that Kongregate has made a number of layoffs in addition to halting its submissions process.

In a statement the company provided to Forbes, it said that it had made a number of staff go. On social media, many employees say they had been let go with no warning.

"We can confirm that we have made the difficult, but necessary decision to let a number of appreciated team members go today," Kongregate wrote.

"Over the last few years, we have been transitioning our focus to better align with our strengths and the gaming industry as a whole. This year has been especially difficult for us, and the rest of the world, with COVID 19 affecting our business in a negative way and changing the overall games market. That's why we had to take this unfortunate step to reshape our organisation."

Original story: Web games portal Kongregate is no longer allowing new titles to be submitted to the site.

In an official forum post, the company revealed that as of yesterday (Wednesday, July 1st), the platform would not be accepting new games. Since it launched back in 2006, Kongregate has become home to more than 128,000 games.

This is due to the Flash technology, which a large portion of Kongregate's titles were made with, is being slowly wound down.

Furthermore, the firm is disabling some of Kongregate's social features, such as many chat rooms – save for around 20 associated with particular games – as well as its non-gaming forums.

"During the intervening years, Kongregate as a company has grown and adjusted with those industry-wide changes. Today our business is largely focused on developing games and flash, as you are aware, is slowly going away. That means that Kongregate.com will need to evolve as well," the post read.

"We will be rolling out several changes to the website over the coming days and months, the first of which is that we will no longer be accepting new titles on Kongregate.com as of today. We also will not be adding any more badges to games. You will still be able to play our existing library of over 128,000 amazing games and developers will be able to update their games as normal."