Professor Layton and the Unwound Future is heading to mobile

It was first released on Nintendo DS in 2008 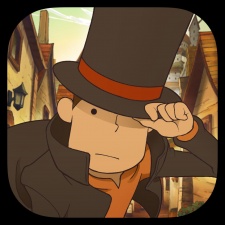 Puzzle adventure game Professor Layton and the Unwound Future will hit mobile on July 13th and will be published by Level-5.

As announced on Twitter, the game – also known as Professor Layton and the Lost Future – has received an HD update ready for its mobile launch. It will be available on both iOS and Android devices, but no price has been given yet.

The third game in the series, Unwound Future was first released for the Nintendo DS in 2008 for a Japanese audience. However, the game didn't hit Europe, North America and Australasia until 2010. Overall, the game shipped 17 million copies worldwide.

Professor Layton and the Lost Future / Unwound Future is coming to mobile devices in HD on the 13th of July, 2020!

On mobile, you can also play Layton's Mystery Journey and Layton Brothers Mystery Room, the latter of which is exclusive to the platform.