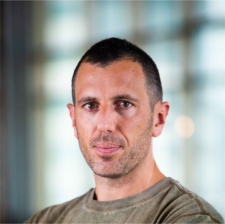 Israel-based games fund VGames has announced plans to invest $30 million in local studios with an eye to grow this to $40 million.

The fund will be used primarily for studios in Israel and Eastern Europe. This year, the Israeli games market is expected to generate more than $4 billion, while $5 billion is the expected amount in Eastern Europe.

In fact, multiple top developers come from the Middle Eastern country; one such example is Playtika. Another is Crazy Labs, which has recently invested $500,000 in the Indian hypercasual games market.

"During these difficult times, we are privileged to be able to fuel and support new talent in this space and the creation of loveable content for people to consume," said VGames founder Eitan Reisel.

"Games are the biggest form of entertainment today. With Israel and Eastern Europe being home to some of the world's top game companies, it was long overdue that a dedicated games fund would emerge to provide direct access to the exceptional talent and expertise in these markets.

"After years of personally advising and investing in this space, I am thrilled to have the opportunity to back companies I believe have the potential to become the next generation of global leaders and build a hub for game companies to emerge."

Epic aids nearly 1,000 developers with $60 million through its MegaGrants scheme