Monopoly and Jenga sets are on Amazon 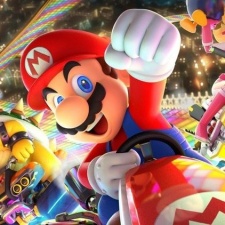 Nintendo will release more Mario merchandise ahead of the Italian plumber's 35th anniversary.

As shown through Amazon listings – via VGC – there is a new Monopoly board game – fans of the series will recognise the locations and various renditions of Mario – and Jenga set based on the famous mascot coming from manufacturer Hasbro. Both of which will be released later this month.

The Japanese firm has formed several partnerships as it gears up to celebrate Mario's 35th anniversary. In March, a deal was formed with Levi's to bring out a clothing range dedicated to the Italian.

Shortly after, a new interactive LEGO set was unveiled. However, perhaps what has fans the most excited is the prospect of having several Mario games remastered for the Nintendo Switch.

In a move that has furthered its partnership with LEGO, a new NES LEGO set is being released. It features a retro TV as well as the console, on the screen is Mario which can be interacted with via the upcoming Super Mario Adventures starter set.