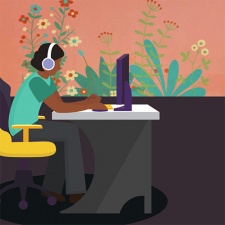 The Games and Online Harassment Hotline is being rolled out next month.

As revealed earlier today by Games for Change – and reported by Kotaku – this initiative will provide support to those who have faced harassment working in the games industry. It will open on August 3rd.

It follows the wave of accusations of abuse and harassment levelled at workers in the sector at the end of 2019. There has been a subsequent tide of allegations in recent months, too.

"One factor that has enabled abusers to get away with such behaviour is that for far too long, the targets of their abuse have often felt isolated, as if they had nowhere to turn," The Games and Online Harassment Hotline's website said.

"We started the Games and Online Harassment Hotline to ensure that anyone who experiences such abuse can reach out to us to get whatever support they might need, whether it’s just someone to talk to about what they’re going through or referrals to other resources to help them protect themselves or take legal action."

You can find The Games and Online Harassment Hotline here.