Germany is not banning Coin Master

Though stricter rules could be placed 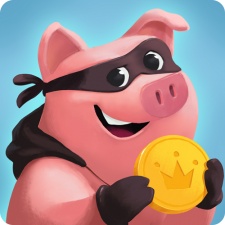 As reported by GamesIndustry.biz, The German Federal Review Board for Media Harmful to Minors (BPjM) will not ban various mobile games with casino features. Initially, Coin Master faced being banned from the country as it could potentially encourage consumers to gamble in excess.

However, Moon Active's game was given the green light due to it having a "cartoony and unrealistic" presentation. Despite this, there is still a chance that Coin Master – and a string of other casino-style games – could face tougher regulations in Germany.

More specifically, age ratings could become stricter as it will not only look into the content of the games but also "circumstances of the respective use of the medium which lie outside the effects of the content of the medium." Furthermore, in the title's description, there should be keywords to explain the age rating – violence, language and sexual content are such examples.

"This would represent a genuine paradigm shift and create considerable legal uncertainty, because there are no generally accepted definitions for these terms and because it is naturally difficult to make concrete predictions about the actual use of a medium if it is to be age-rated before it is published," explained Felix Hilgert and Philipp Sümmermann in a draft analysis.

"The legislative idea expressed in the explanatory memorandum that the precautionary measures of individual platforms could be taken into account in the age rating is then completely unrealistic. This would mean that an otherwise identical game could receive different age ratings depending on the distribution channel."

In February, Coin Master experienced its best ever month for revenue. As a result, we asked ourselves the question, why are people still playing Coin Master?