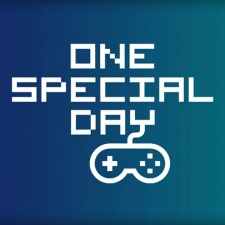 Gaming charity SpecialEffect has revealed that its next One Special Day event will be held on October 2nd 2020.

The event will see over 40 companies from across the games industry, including Seriously, Kwalee, Space Ape Games, Jagex, and more raising money for the charity. This could be in the form of a donation, virtual event, or even donating their entire day's UK revenues to the cause.

SpecialEffect is focused on making games more accessible to players with disabilities. Alongside its usual consultations, the charity is currently working on its Eye Gaze Games, a suite of browser-based titles controlled entirely through player gaze.

"Like many charities, the lost income from events cancelled because of the COVID-19 outbreak is a huge setback for us," said SpecialEffect founder and CEO Mick Donegan.

"However, the need for our advice and support not only by individuals with disabilities but by the games industry as a whole is as great as ever. As a result, the support we receive from this year's One Special Day is more important than ever before."

"It's been a fantastic experience working with SpecialEffect for the One Special Day campaigns since 2016, and we are working hard to make this year's fifth anniversary event the biggest and best yet," added Seriously CEO and co-founder, and SpecialEffect vice president, Andrew Stalbow.

"It's been really gratifying to see the mobile community come together to support this work, and we are hoping to have a record number of developers join us this year to enable SpecialEffect to keep helping the growing number of people who need them."

Last year's One Special Day event raised almost $600,000 for the charity. Studios interested in helping out in this year's fundraiser can contact Nick Streeter or check out the One Special Day website for more information.

One Special Day 2019 charity event kicks off on 4 October