BlizzCon will be held on a digital platform early next year 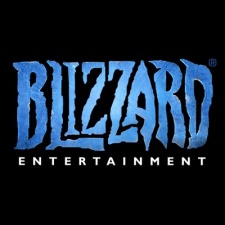 Blizzard Entertainment will bring its BlizzCon event to a digital platform next year.

As revealed in a call with investors – via GamesIndustry.biz – the annual convention will make its online debut in "the early part" of 2021.

"We're looking forward to sharing what the teams have been working on for that event."

Typically, BlizzCon is full of game announcements surrounding Blizzard's major franchises such as Overwatch, World of Warcraft, and Diablo. Not only that, but it serves as the stage for tournament finals including the Hearthstone Grandmasters Global Finals.

Activision Blizzard cancelled BlizzCon 2020 back in May as the coronavirus pandemic continued to wreak havoc upon the world. At the time, the show's executive producer Saralyn Smith explained that the team would be looking into a digital alternative, a platform that is "far less impacted by the state of health and safety protocols for mass in-person gatherings."