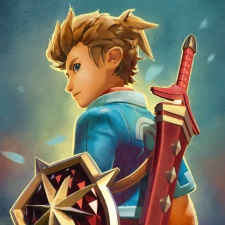 Cornfox & Bros won big at The Finnish Game Awards 2020 as it took home the Small Screen Game of the Year 2019 award with Oceanhorn 2.

The open-world adventure game was launched exclusively on Apple Arcade in September 2019, when the subscription service went live. We caught up with Cornfox & Bros earlier this year to learn more about the five-year development of Oceanhorn 2.

Meanwhile, the Best Creative Achievement of the Year 2019 went to Frozenbyte's Trine 4: The Nightmare Prince. The Applied Game Award 2019 went to Pikku Kakkosen Eskari, by the Pikku Kakkonen App Team, a brand dedicated to children.

Next, the Rookie of the Year accolade Oulu-based Resistance Games, while Sonja Ängeslevä picked up Power Player of the Year for her contribution to the Finnish games industry.

Finally, the IGDA Volunteer of the Year went to Joonas Häll. He holds several duties, one of which involved being the coordinator for the IGDA Helsinki hub.

Next month, Steel Media is hosting its first digital version of Pocket Gamer Connects Helsinki. Finnish developers can grab themselves a discount if they wish to attend the event - just use the code FinnishAwards342 to get three tickets for the price of two.