That's an increase of 32 per cent year-on-year 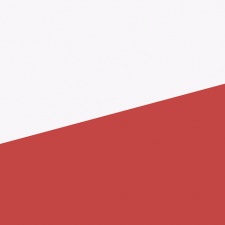 New research shows that the games made by Polish developers brought in more than €470 million ($555 million) in revenue in 2019.

That's according to a report from the organisers of the imaginatively-named Game Industry Conference, which says that local studios generated €479 million for the year. That's an increase of 32 per cent year-on-year from 2018's €364 million ($430.6 million).

As you can see from the chart below, a decent chunk of revenue from Polish developers comes from – you guessed it – Witcher game studio CD Projekt. In 2018, 22 per cent of all revenue for the sector came from that one developer – and that was a low point.

96 per cent of the revenue generated by Poland's games industry comes from exports, with the United States being the country's main trading partner. Up to half of Polish games output are sold and monetised in the USA. Europe is a close second, with Germany, the UK and France being key players.

"The revenue of the Polish game development industry exceeds €500 million, with game export alone generating nearly 96 per cent of that sum, which perfectly demonstrates its global potential," the president of the Polish Agency for Enterprise Development Małgorzata Oleszczuk said.

"Along with the constantly expanding gamer community and dynamic growth of export, we can observe increasing interest in game programming education among young people. Polish universities currently offer 60 degree courses related to game development, and over half of them educate programmers."