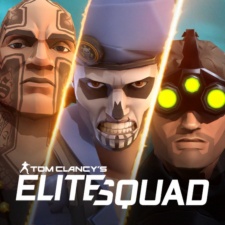 The apology was issued via Twitter, regarding the image of a raised fist that appears in the Elite Squad intro video. That same image is also associated with the Black Lives Matter movement. The French firm has recognised the imagery as "insensitive and harmful," promising to remove it as soon as possible.

"Imagery that appeared in the opening video sequence of Tom Clancy's Elite Squad featuring a 'raised fist' was insensitive and harmful in both its inclusion and how it was portrayed. We have listened to and appreciate the players and broader community who have pointed it out and we apologise," said Ubisoft.

"This 'raised fist' imagery will be removed in the next title update this Tuesday, September 1st on Android and as soon as possible on iOS."

However, besides the questionable choice in imagery, Tom Clancy's Elite Squad has proven to be quite successful. In fact, we enjoyed the military RPG so much that we named it as our Mobile Game of the Week.

It would be fair to say that Ubisoft has not had a good public standing recently, given the amount of sexual misconduct and abuse allegations that swarmed the company as part of the #MeToo campaign earlier this year.

As a result, numerous employees – including high profile staff members – were investigated, which led to a number of people departing the publishing firm. Most notably, Ubisoft fired former Assassin's Creed Valhalla creative director Ashraf Ismail and its former head of PR Stone Chin.

Other members of staff also chose to resign from their positions following the allegations. A trio of Ubisoft execs – Serge Hascoët, Yannis Mallat and Cécile Cornet – departed last month.