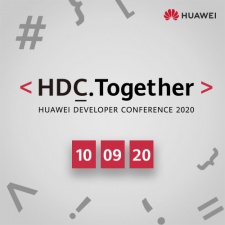 This week, tech company Huawei kicks off its annual HDC: HUAWEI DEVELOPER CONFERENCE 2020 (Together), bringing together devs and industry professionals for the latest news and announcements from the global giant.

Spanning three days, HDC 2020 will feature a series of talks and keynotes, detailing updates on the company’s app distribution platform AppGallery. It will also include an exciting line-up of announcements, such as the latest on HMS Core 5.0, HarmonyOS and Huawei’s Android-based EMUI 11 interface. The conference will be livestreamed online.

The gaming sessions will kick off on Friday 11th September at 10:45GMT +2, with speakers from Huawei, open-source game engine Cocos, and Flexion Mobile.

AppGallery and its Partners

Q1 2020 saw a seismic rise in mobile game downloads and revenue, with game downloads up by 21 per cent quarter-over-quarter. There’s also been an increase in player spending, increasing 16 per cent year-on-year up to $17.5 billion.

As the mobile industry continues to grow, AppGallery has partnered with a number of companies and developers in order to increase discoverability. This year, Huawei partnered with IGG and Lilith Games to bring Lords Mobile, Rise of Kingdoms and AFK Arena to AppGallery.

Gameloft is also a part of AppGallery’s roster, and has seen a huge increase in downloads since partnering with Huawei. Downloads of Gameloft’s gaming apps increased by seven times in the first three months of its collaboration with AppGallery.

HDC’s gaming session this Friday will discuss games that have recently arrived on AppGallery. Cocos VP Cynthia Du will also host a talk on how to bring your game to AppGallery. The session will also feature a distribution case study from Flexion Mobile.

A full schedule of the weekend’s keynotes is available on Huawei’s website. To tune into the gaming session live, head over to Huawei Video on September 11th.