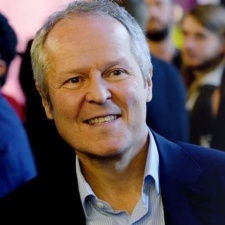 Ubisoft CEO Yves Guillemot has issued an apology for the offensive imagery used in Tom Clancy's Elite Squad as well as toxic workplace culture allegations that have been made over the past few months.

The message was relayed via a four-minute video, uploaded a few hours ahead of the company's second Ubisoft Forward presentation, which showcased a number of new game announcements.

During this, Guillemot discussed how "certain Ubisoft employees" did not to hold up the company's values and how its systems "failed to protect the victims of their behaviour."

Apologising to everyone that was affected, Guillemot then stated that the French publisher has taken "significant steps to remove or sanction" those employees that were the cause of the offences. Ubisoft has reiterated its commitment to improving diversity and inclusivity at all levels of the company.

On top of this, the CEO addressed the "raised fist" imagery that was used in Tom Clancy's Elite Squad on mobile and how it seemingly connected an in-game terrorist organisation to the Black Lives Matter movement.

"Unfortunately, one of our recent mobile games included content that was inappropriate," said Guillemot.

"This kind of oversight cannot happen. We are putting in place safeguards to prevent it in the future."

Ubisoft will invest a further $1 million over the next five years into its graduate program, where it will look to create opportunities for "under-represented groups, including women and people of colour".

Additionally, the company will make a donation to the NAACP Legal Defense Fund in support of the Black Lives Matter movement.

Ubisoft opted out of replaying the message in the actual Ubisoft Forward showcase, with many people criticising the move via social media - including The Game Awards founder Geoff Keighley.

"We hear you, due to timing constraints, we chose to release the video as a standalone message before our #UbiForward event, but we are working to ensure it will be available in full in the VOD versions of the show," wrote the Ubisoft Twitter account in response to a query about its omission.

Prior to that, Ubisoft vice president for editorial and creative services Tommy François left the company following sexual misconduct allegations.