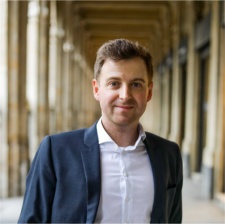 The milestone was confirmed by Homa Games vice president of operations Julien Bourhis during his talk at PGC Helsinki Digital discussing: 'How In-app Bidding Boosts Your Hypercasual Game'.

Homa Games made the partnership with Hasbro on Nerf Epic Pranks only in April, not only making it the company's first licensed game but now one of its most successful.

"Basically, we partner with studios all over the world - around 200 at the moment," said Bourhis.

"We are very proud to be partnering with actually some of the best hypercasuals on the market."

Homa Games has published over 20 games. This has pushed the company into the top 10 hypercasual publishers, according to App Annie Q1 2020 rankings.

Founded in 2018, the French firm has gone onto to expand to three offices across Paris, Toulouse, and Lisbon, with more than 60 staff members now employed. Approximately 30 of those hires occurred in the last six months. The offices are made up of 17 nationalities.