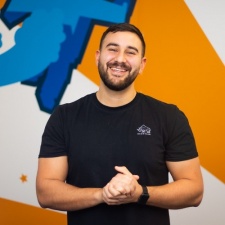 The milestone was confirmed by Kwalee publishing manager Allan Adham during his talk at PGC Helsinki Digital on 'The Fundamentals of Hypercasual: Insider Publisher Knowledge'.

Kwalee's success in the hypercasual market was attributed to numerous titles, with Rocket Sky, Jetpack Jump and OverTake particularly highlighted as major hits. More recently, Line Up: Draw the Criminal reached 1.5 million downloads in its first four days of launch, while Bake It from the studio generated 10 million downloads within its first month.

Founded in 2011, the studio is now the UK's biggest hypercasual publisher with headquarters in Leamington Spa as well as further teams in Bangalore, Beijing and Turkey. The company now employs almost 100 staff members, with publishing managers playing "countless games from devs of all sizes".

"We have a good understanding of what works versus what doesn't, so first impressions are actually crucial," said Adham.

"The idea is to spend a bit of time to create the prototype and work towards something you can test with CPI."

Kwalee opened its new China office at the start of September as the studio continues its expansion and looks to grow the brand across the region.