PGC Helsinki Digital: What is happening at ID@Xbox 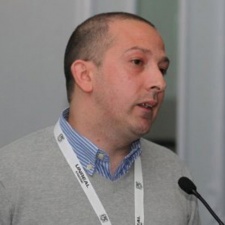 It has been a big year for Microsoft and its Xbox division. Not only is it gearing up for the release of its next-generation console, but the company has also fully launched its cloud gaming platform project xCloud.

As part of Pocket Gamer Connects Helsinki Digital, Microsoft director of global partnership management for ID@Xbox will catch us all up on what the ID@Xbox team is up to.

ID@Xbox has a community of independent developers that have released more than 2,000 games. Moreover, 125 have been launched via Game Pass.

So far, $1.5 billion in digital revenue has been generated via ID@Xbox.

Next-gen, Xbox has two different consoles available, the Series S and Series X, both of which are set to offer a quality experience for players.

Moreover, Xbox is offering an all-inclusive pass for Xbox, at $24.99 a month for two years, consumers can get a next-gen console and Xbox Game Pass. Xbox all Access is going to be available in 12 countries this year.

There are 15 new independent games coming to Xbox via the ID@Xbox programme. Furthermore, thanks to Project xCloud, Xbox players can now enjoy games on mobile devices, with progress being carried between devices. It is available as part of Xbox Game Pass Ultimate in 22 countries.

"From a technical point of view, there is nothing the developer needs to do to make the game work," explained Simonetta.

"We have a lot of developers reaching out to us to discuss Game Pass," said Simonetta.

Essentially, Game Pass is a subscription service that offers more than 100 games to players. It is a benefit as claimed by Simonetta to "us, developers, and players." It enables gamers to discover new games that they may not have played before. Furthermore, it has helped to create a great community.

The programme has had a positive impact on developers due to the addictive nature that hooks consumers. Furthermore, players are more likely to explore new genres; some may not be drawn to puzzle games but will give on a try on Game Pass.

"It is a great way to strengthen your player base," said Simonetta.

Moreover, highly engaged fans will help games to be discovered. For example, should a consumer find a game they enjoy on Game Pass, they may recommend it to their friends. Also, friends can see what achievements have been unlocked by their fellow gamers.