"Logo placement is 50 per cent of the battle. But in an esports and a gaming world, an audience is far more savvy and will not necessarily be convinced by a logo on a website" 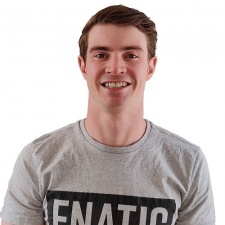 In the esports scene, it is important to secure partnerships with various brands.

Fnatic formed a partnership with OnePlus. As part of it, the company aided the phone's firm in creating a new mobile device that can be used by esports fans. Moreover, OnePlus aids Fnatic via monetary means and provides support to the esports firm's competitive teams such as its PUBG Mobile squad.

"Fnatic mode transforms the one plus device into a dedicated gaming powerhouse."

It's a mode on OnePlus devices, and it is designed to supercharge the gaming experience a player has on a phone. It turns off all notifications so as not to distract the player from the game, and it maxes all specs on the phone to give the player the best games experience possible.

"When gaming on a mobile device you do not want to get notifications, you want to be immersed in the game," said Gregory.

To aid OnePlus, Fnatic brings in pro players to discuss the specs of the companies devices, thus letting esports and games fans know that the technology will serve the purpose that they want it to.

"Logo placement is 50 per cent of the battle. But in an esports and a gaming world, an audience is far more savvy and will not necessarily be convinced by a logo on a website," said Gregory.

Instead, they will look into the details and will want to know the specifications of a phone before committing to purchase.

When it came to OnePlus, pro player Nemesis who was an avid backer of OnePlus and so he told the OnePlus and Fnatic story in an authentic way, he was able to advocate for the brand without being told what to do. As a result, there was a new organic interaction between OnePlus and the community.

"He's been able to tell this story in a way that an esports audience understands," said Gregory.

Fans of the pro player have trusted his word, as such, Fnatic and OnePlus have seen a conversion as more and more consumers move on to devices by the mobile phone creator.

Fnatic Edward Gregory on how to make successful partnerships in esports