"The opportunity to engage the demographic of young people" 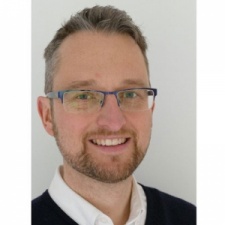 As esports continues to grow, so do the career opportunities within the sector, thus opening up new educational opportunities.

As part of Pocket Gamer Connects Helsinki Digital, British Esports Association head of education Tom Dore took to the stage to give a talk on the role of esports in education.

Through the British Esports Association's work with Pearson, the first esports qualification of its kind was created, a BTEC in esports.

The British Esports Association has three goals; to promote esports within the UK and increase the level of awareness. It also wants to inspire future talent – those that may choose to get into competitive gaming – and improve the standard of esports in the country.

Esports can provide "the opportunity to engage the demographic of young people."

There is a range of benefits to esports, as it boosts communication skills, and aids in the development of communities and friendships. Moreover, it can increase dexterity and concentration, while teaching valuable lessons such as perception, problem solving and teamwork.

Esports can also aid young people in becoming more resilient through winning and losing. Furthermore, transferable skills can be taught, such as cyber and digital attributes which will help the younger generation as they grow and choose a career path.

"Esports could be one of those ways where teachers can engage with young people to help them engage in the classroom," said Dore.

"Making people aware of the skills that young people are developing and how they relate to the esports industry," said Dore.

However, it is not just preparing young people for jobs within esports, but the technology industry as a whole. There are many sectors within the tech world, and the British Esports Association aims to prepare young people for a career across all areas.

The BTEC that has been developed in partnership with Pearson is taught in schools and colleges in the UK now and is available around the world as Pearson operates in 60 countries.

Furthermore, the course covers a variety of units such as esports coaching, shoutcasting, live stream broadcasting, computer networking and more. So while it will prepare young students for a career in esports, it will provide other skills too.

On top of this, in the UK, multiple universities have begun to introduce esports degrees, and some even have competitive gaming teams.